Theory and practice should always inform each other.

I have worked hard to communicate my academic findings to a wider audience—through opinion pieces and blogs, working with policymakers and NGOs, and, of course, in the classroom.

My engagement with the public has always been problem-driven. I have taken the insights from my research and found ways of using them to make sense of contemporary challenges, ranging from the 2008 global financial crisis to the recent crisis of democracy around the world.

How did we get here? Like many other political economy scholars, I had hoped that the 2008 global financial crisis would translate into meaningful economic changes. That we would finally begin to reign in some of the excesses of global finance. And more importantly, that we would finally begin to tackle inequality and make the economy work for the many people who had been left behind since the 1980s and 1990s.

Instead, we have witnessed the election of right-wing populist leaders like Donald Trump, growing disaffection with democratic politics among the young, and very little movement on inequality around the world. Without being reductionist, we do need to begin to identify and understand the links between decades of poor economic policy and the threats to democracy that we face today.

I have sought to make sense of the links between democracy, politics and the economy in a number of popular publications, media interviews and public talks.

Some of my recent publications on this subject include:

“Why nationalizing the Trans Mountain pipeline is undemocratic,” The Globe and Mail, 7 June, 2018. 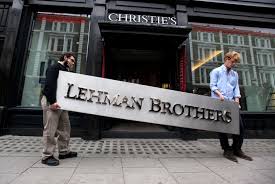 During and after the 2008 global financial crisis, I was one of many scholars trying to both make sense of what was going on, and suggest what kinds of lessons we should be drawing from the astonishing mess that global political and business leaders had made of our economies. During that crisis, I spent a lot of time writing about what was going on, and also restructured all of my political economy classes to reflect on the crisis. In my role as Distinguished Research Associate at the North-South Institute, I also spent a lot time talking to policymakers, NGOs, labour leaders and think tanks about what was going on.

A decade on, it’s not clear that we have learned many of these lessons, or that we are ready to tackle the next crisis. I have once again begun to write about what the major problems are and why we need to prepare ourselves for the coming crisis.

Recent media interviews on this topic include:

David Parkinson and Barrie McKenna, The Globe and Mail, “The 10-year hangover: How the long shadow of the global financial crisis endures,” Sept 14, 2018.

Some of my recent publications that speak to these themes include:

“Why we aren’t ready for the next financial crisis,” Ottawa Citizen, September 20, 2018.

“Canada needs to do a better job of managing financial uncertainty”, The Hill Times, May 25, 2015.